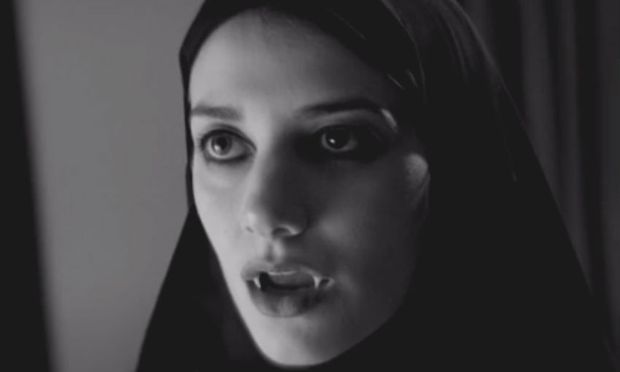 A Girl Walks Home Alone at Night  is an Iranian American film directed by Ana Lily Amirpour. It has been described as “The first Iranian vampire Western.”

The theme and role of the Vampire in Culture and Mythology
The Vampire as a predatory Aristocrat such as Bram Stoker’s DraculaThe Vampire as an Alien or Foreigner
The Buffy the Vampire Series which depicts Vampires as a subhuman criminal underclass
The setting of the film, which is a fictional Iranian ghost-town called Bad City, a place that reeks of death and loneliness, and was filmed in Taft, California
How Power exist outside known Government structures in the film
The Vampire Protagonist as an enforcer of morality
The Iranian Cultural influence in the Film