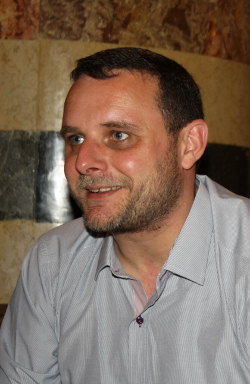 Robert Stark interviews journalist Manuel Ochsenreiter about the conflict in the Ukraine.

Topics include:
The referendum in the Crimea
False claims by the Western media of a Russia military invasion
How non-Russians in the Crimea view Russian annexation
Why many favor Russian stability over the unstable oligarchic regime in the Ukraine
The Right Sector as a NATO proxy
Response to arguments that Ukraine can be independent of both Russia and the West
Revisionist map and the significance of Serbia, Greece, Armenia, and Syria
Turkish politics
Eurasianism vs. Atlanticism
The currents situation in Germany
The significance of Germany in the Ukraine conflict
Whether the conflict could lead to a major war