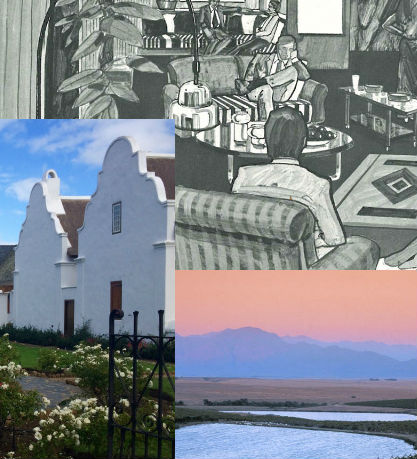 Robert Stark, Joshua Zeidner, and Charles Lincoln discuss the situation in South Africa, Trump’s Tweet, and the issue of emigration to the West.

Trump’s Tweet against land confiscation of White South African farms
The media and the South African Government’s reactions
The role that the Cold War had in the United States’ relationship with Apartheid South Africa
The alliance between Israel and Apartheid South Africa
The colonial question and the tension between the working class and capital class
South Africa Anti-Immigrant Protests Turn Violent
The concept of citizenship and civil rights
Whether granting rights to the Palestinians would put Israelis in the same position as Afrikaners
Charles’ observations on liberal elites’ protests against Apartheid at Harvard
The European diaspora in South Africa including Afrikaners, Anglos, and Jews
How, unlike the other groups, Afrikaners lack strong connections to a foreign nation making emigration difficult
How it’s much harder for farmers to emigrate
Georgia and Russia welcome South African Refugees
For skilled workers, Mississippi farmer Jeremy Jack recruits from South Africa
The US Government rejecting refugee status applications
The Eight stages of genocide
The conclusion that South Africa has no future and emigration is the only solution
Johannesburg’s Ponte Tower: ‘the tallest and grandest urban slum’