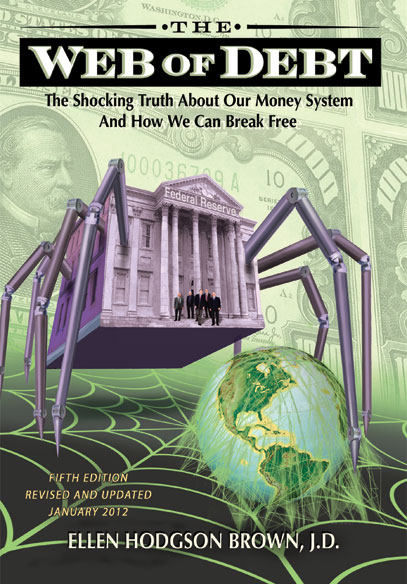 Ellen Brown is an attorney and founder of the Public Banking Institute, and was a candidate for California State Treasurer. She has written twelve books, including Web of Debt: The Shocking Truth About Our Money System and How We Can Break Free (2010), and The Public Bank Solution.

Ellen’s article Universal Basic Income Is Easier Than It Looks
How to fund the Basic Income without using tax revenue
How a Basic Income would replace money-created-as-debt with debt-free money
Basic income as debt repudiation
Why a basic income need not be inflationary
Automation’s role in restructuring the economy
How when long-term discouraged workers are included, the real unemployment figure is 21.5 percent
Filling the Gap Between Wages, Debt and GDP
Ellen’s article This Radical Plan to Fund the ‘Green New Deal’ Just Might Work
How a network of public banks could fund the Green New Deal
How the Reconstruction Finance Corp was used to fund the original New Deal
Economic and technological benefits of the Green New Deal
Ellen’s article Trump’s War on the Fed